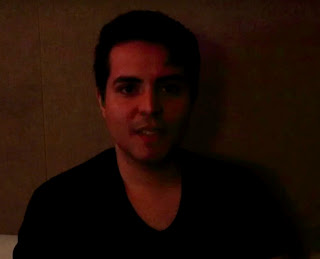 David García Saldaña (ASCAP) is a Southern California-based writer and composer living in the San Gabriel Valley. He earned his B.A. in Literature with a dual emphasis on Analysis and Creative Writing from UC Santa Barbara’s College of Creative Studies in 2009. Currently, he studies at California State University Long Beach’s Bob Cole Conservatory of Music’s M.M. in Music Composition. He maintains an active membership in the National Association of Composers USA (NACUSA) and the American Composers Forum (ACF), Los Angeles chapters. He collaborates frequently with artists in both dance and theater, has participated in masterclasses with Frank Tichelli, and sings with and has had music read by the Donald Brinegar Singers and the Contemporary Choral Collection of Los Angeles. You can find him performing throughout Los Angeles area, and, at times, on one of his severa
l new instruments.
For more on his work, visit his website: www.davidgarciasaldana.com 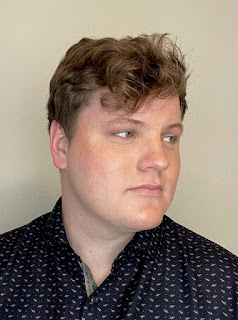 Cameron Johnston is a composer, sound artist, producer, and programmer. He describes himself as “media agnostic” producing works in any medium that fits that particular project. Music and sound has been a part of his life since he was eight years old when he joined the school band. He started on trumpet, eventually switched to tuba for his primary instrument. Cameron started composing in high school where he made arrangements as well as original works for chamber ensembles and wind band.
Cameron earned his bachelor’s degree in Music Composition from California State University, Long Beach. Here he wrote music for a number of collaborative projects: film, dance, video games, and theatre. Additionally, he gained skills in music production, recording, and mixing. Cameron developed a practice in experimental performance and electronics due to his time in New Music Ensemble and Laptop Ensemble. He values collaborating with other artists, which lead him to his senior project: King George VI. This opera was the culmination of the collaborative work Cameron had developed during his time at CSULB. He has performed original works in a variety of venues in the Los Angeles Area and in New York.
Currently Cameron is earning his Master’s in Music Composition with Interactive Media from Cal State Long Beach. He directs the New Music Ensemble where he harbors an environment of creativity and collaboration, allowing the students to compose the bulk of the pieces for performances. He manages the live stream for the ensemble’s recent concerts and mixes the ensemble for those performances. Diving deep into the virtual performance space, Cameron has taken advantage of their all digital concerts by adding audio and visual effects to enhance the performance. He also is the graduate assistant for the university offered Max course and the Logic/Garageband class. He is working on a couple of personal projects that he hopes to premiere and tour in late 2021 and 2022. 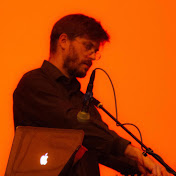 Sean Martineau Jones is a Los Angeles based musician, composer, and songwriter. He has toured the United States and Europe in various indie groups and solo acts. Currently Sean is a member of the computer music trio Pile of Wires and is pursuing his MFA in Composition at CalArts

Popular posts from this blog

Pile of Wires in the Media

Reviews of the LaMaMa Production in New York: Stage Voices On Stage Blog teeco71 Theater Easy Broadway World Review of the Production in Seoul, Korea lullu.net (in Korean) Naver (in Korean, with English and Japanese auto-translation) The Korea Times Oh My News (in Korean) The Musical (in Korean)
Read more